Robert King grew up and lived in Leicester until he moved to the New Forest where he now lives with his wife Chrissie in a coastguard cottage at Lepe. In the 50s his Leicester School of Art training was interrupted by National Service in Egypt, where he gained first hand experience of the harsh Med. light. Now an accomplished colourist working in a variety of media. Robert is particularly well known for his ability to capture bustling activity scenes with vitality. Widely exhibited in the UK, abroad and a member of the Royal Institute of Painters in Watercolour and the Royal Society of Marine Artists. 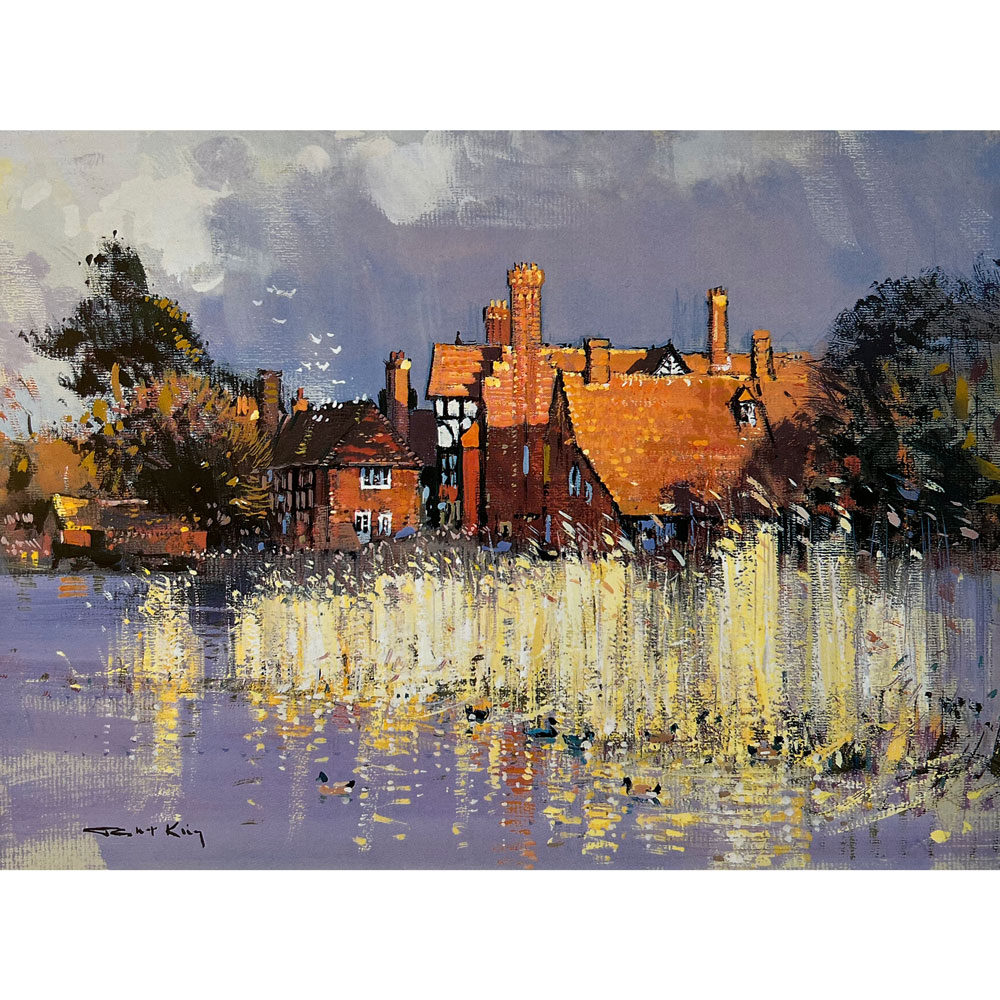 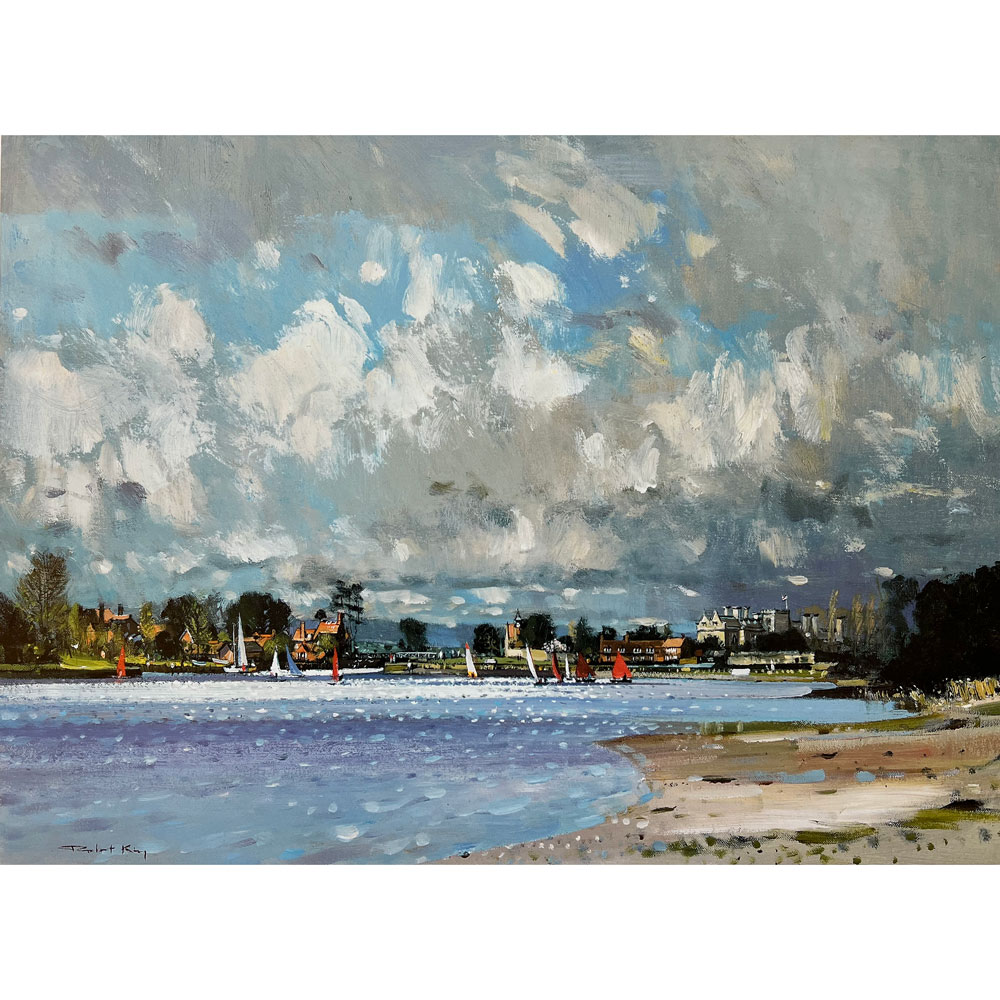 Beaulieu from the River 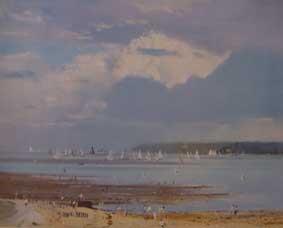 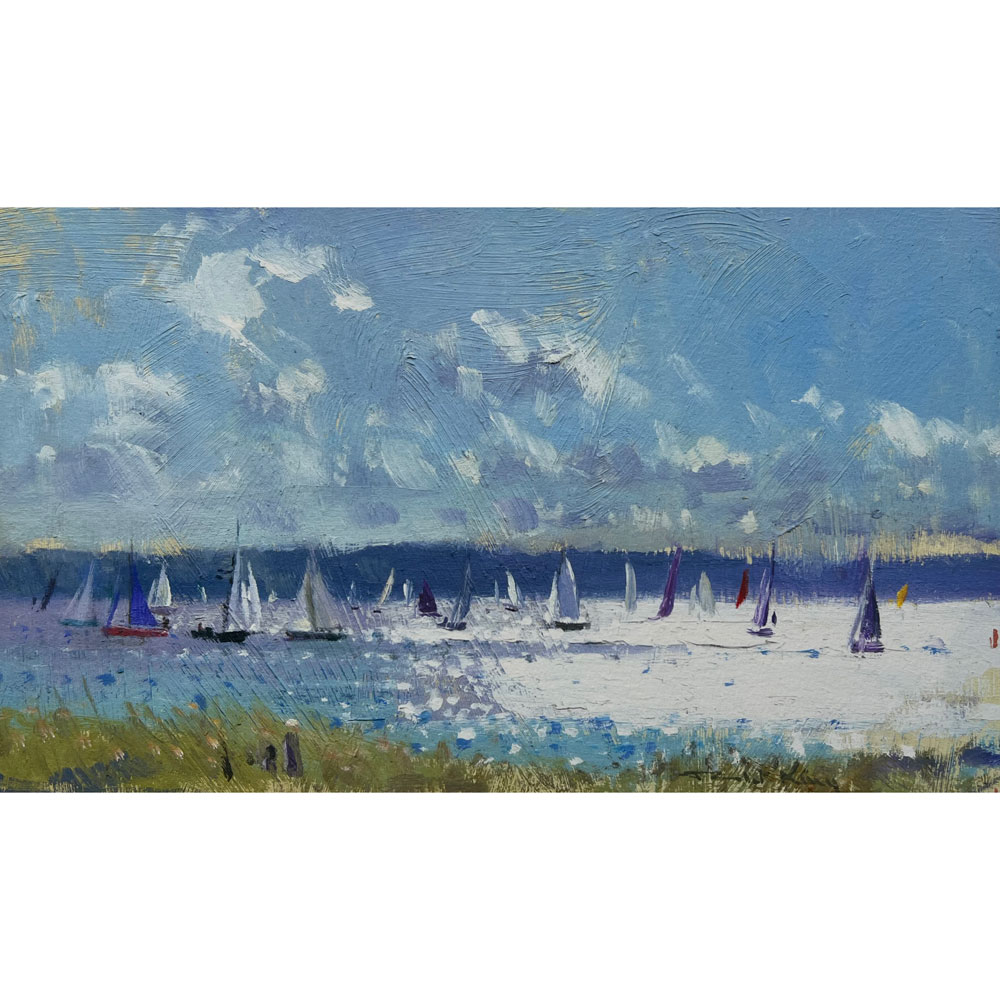