A Fascination for Water Lilies

Mariusz Kaldowki returns to the gallery with two exquisite oil paintings of water lilies. Following in the footsteps of Monet, he too is captivated by light and its changing qualities.

Mariusz was born in 1962 in Poland. In 1987 he graduated with an MA from the Academy of Fine Arts in Krakow. He is a painter, a print maker and a graphic designer but is best known in this country for his stunning landscapes.

He came to the UK in 1996 and since then has been busy creating, exhibiting and selling his work to a wider audience. On 2002 he became Artist in Residence in Regent’s Park and in 2009 worked with the National Trust as their resident artist for the South East region. He has also spent a number of years working on paintings that give a visual expression to classical music, including several commissions for large friezes.

His view of the natural world has won him numerous awards and he has shown his work in over 200 exhibitions including galleries in Cork Street, London. 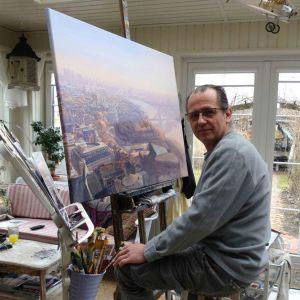 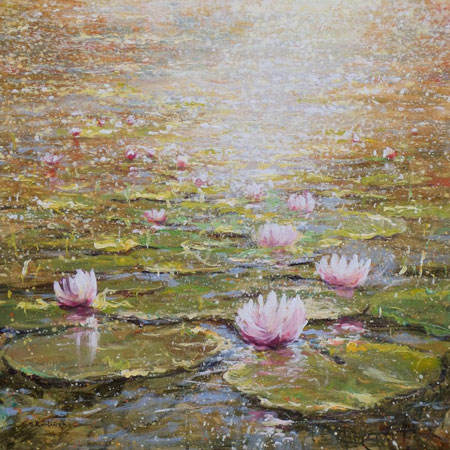 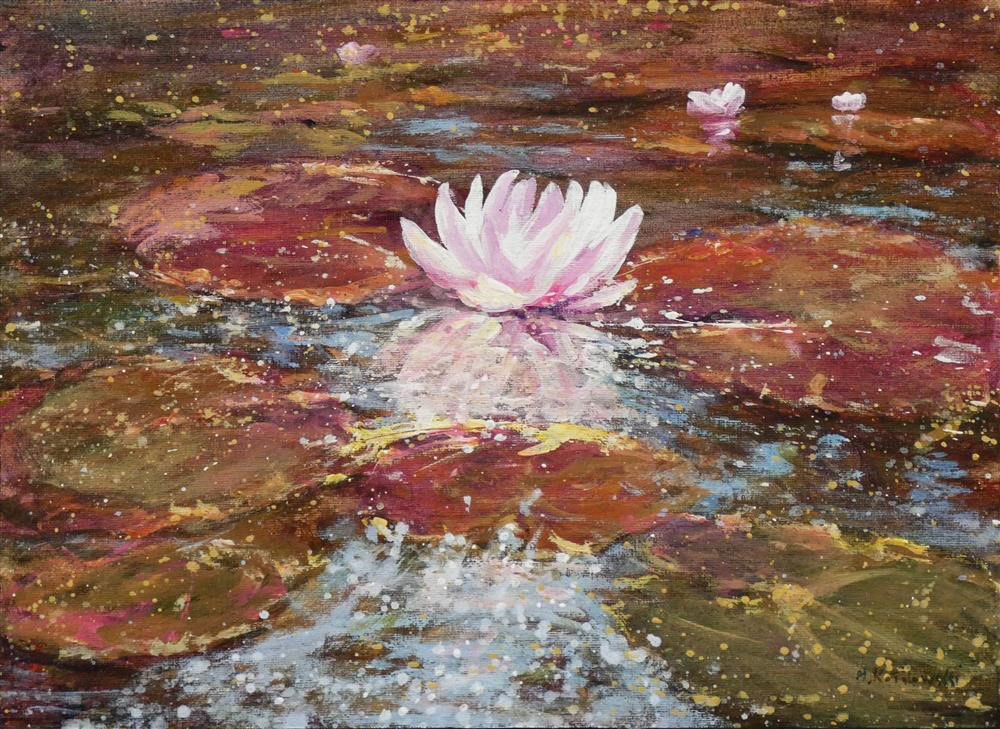