Ceramic Vessels and Bowls Inspired by the Celtic Coastline

Artist Statement: Inspired by a love of Western Celtic shorelines and the sea, I hand build ceramic vessels. Shapes are figurative featuring vivid turquoise glaze that reflects the influence of the sea and landscape; or tactile, washed pebble forms.

I begin the process with drawings of landscapes, shorelines and pebbles. Working through ideas using developmental sketches and experimentations in clay.

The pieces are fired to stoneware temperature and feature a dry turquoise glaze. I use a variety of textured clays from a dark red, toasted buff to a white firing clay, all of which react in various ways altering the depth of colour in the glaze. I have been exploring coloured slips, using sgraffito and resist techniques to add a further depth to the surfaces.

The most recent body of work has been developed from drawings of ancient objects, tools and rock carvings found in coastal regions of Wales and Scotland.
Resulting work includes hand-held artefacts with markings – rounded like pebbles and vessels with carved images. I have deliberately left my fingerprints on the small glazed forms.

My first workshop was set up in 1996 in Chester after graduating in 1993 from the BA Hons Crafts course at Crewe and Alsager College. My work has been displayed in galleries across the UK from the Isles of Scilly to the Shetland Isles.

I now work from my home in North Wales, am a member of the Maker’s Guild of Wales and regularly take part in Helfa Gelf open studios for which I represent Flintshire on the management committee. 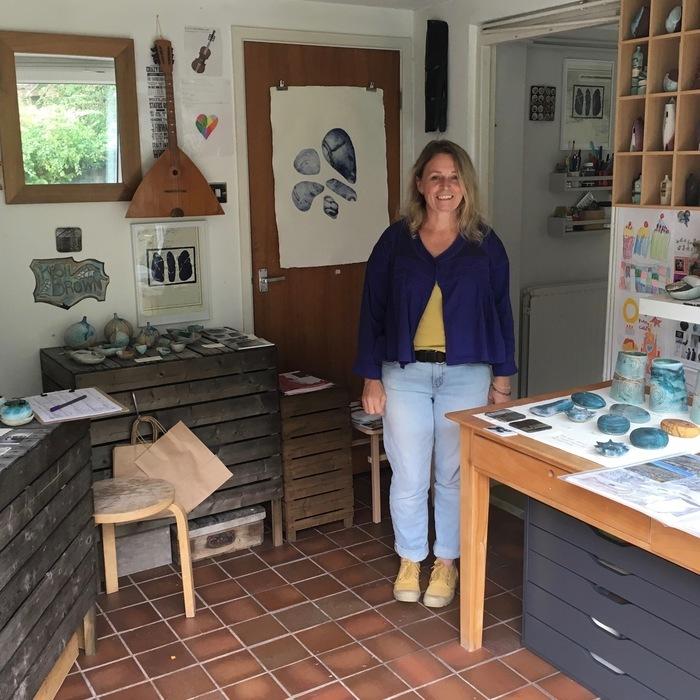 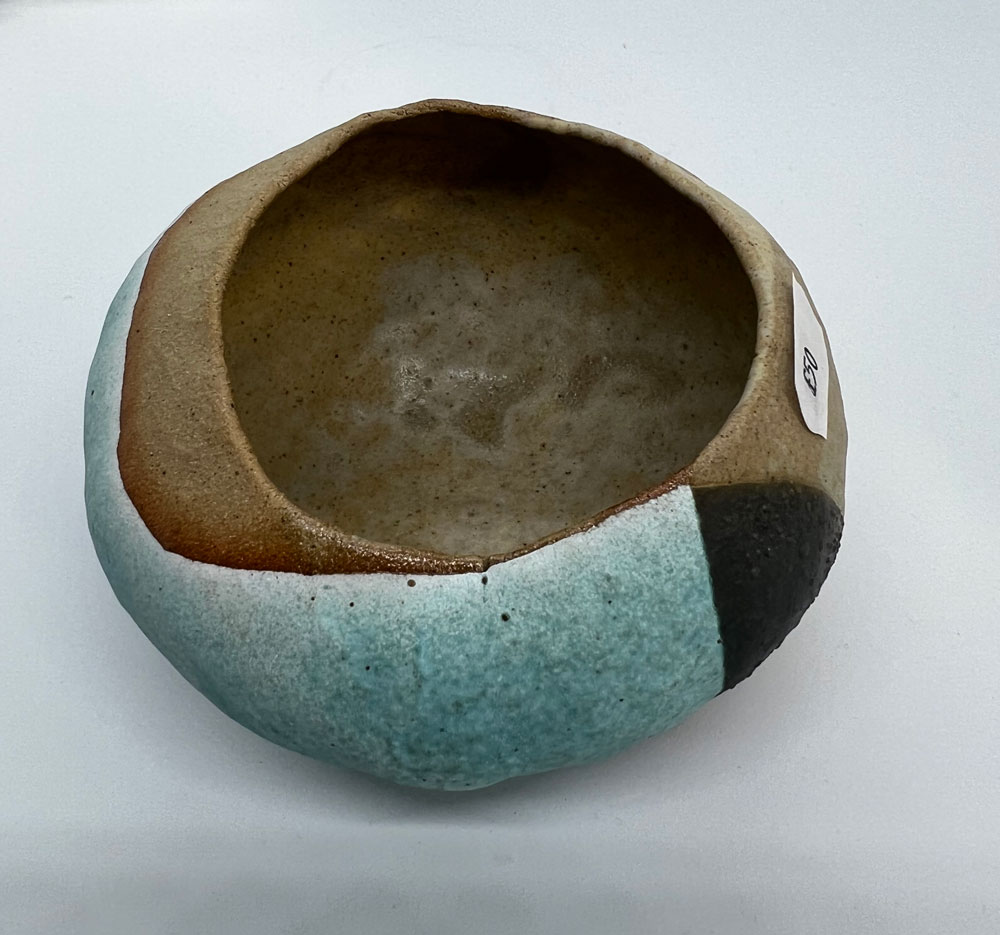 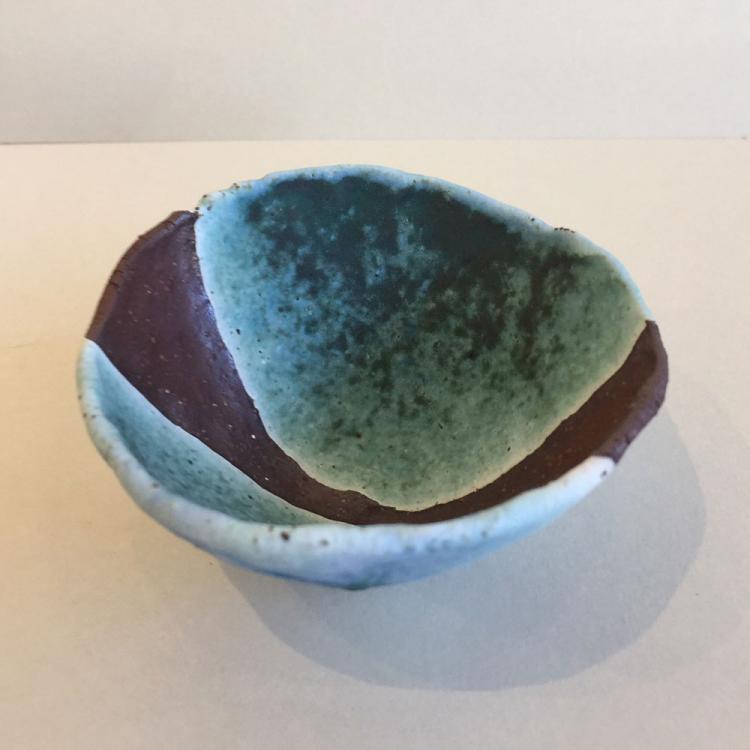 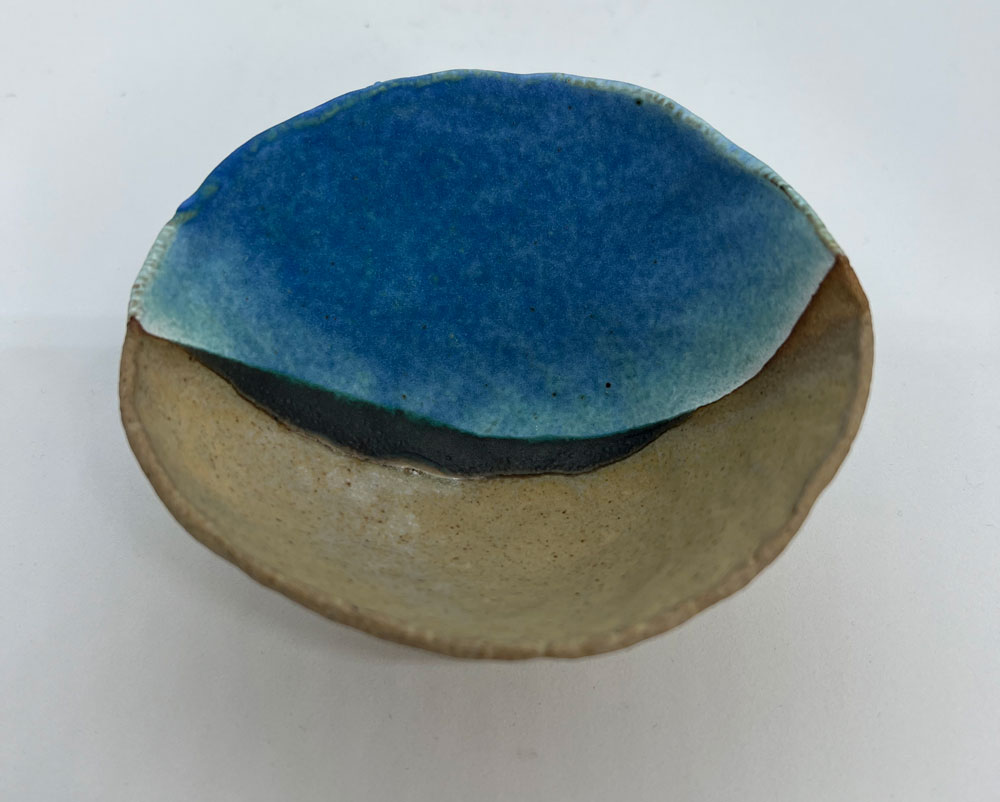 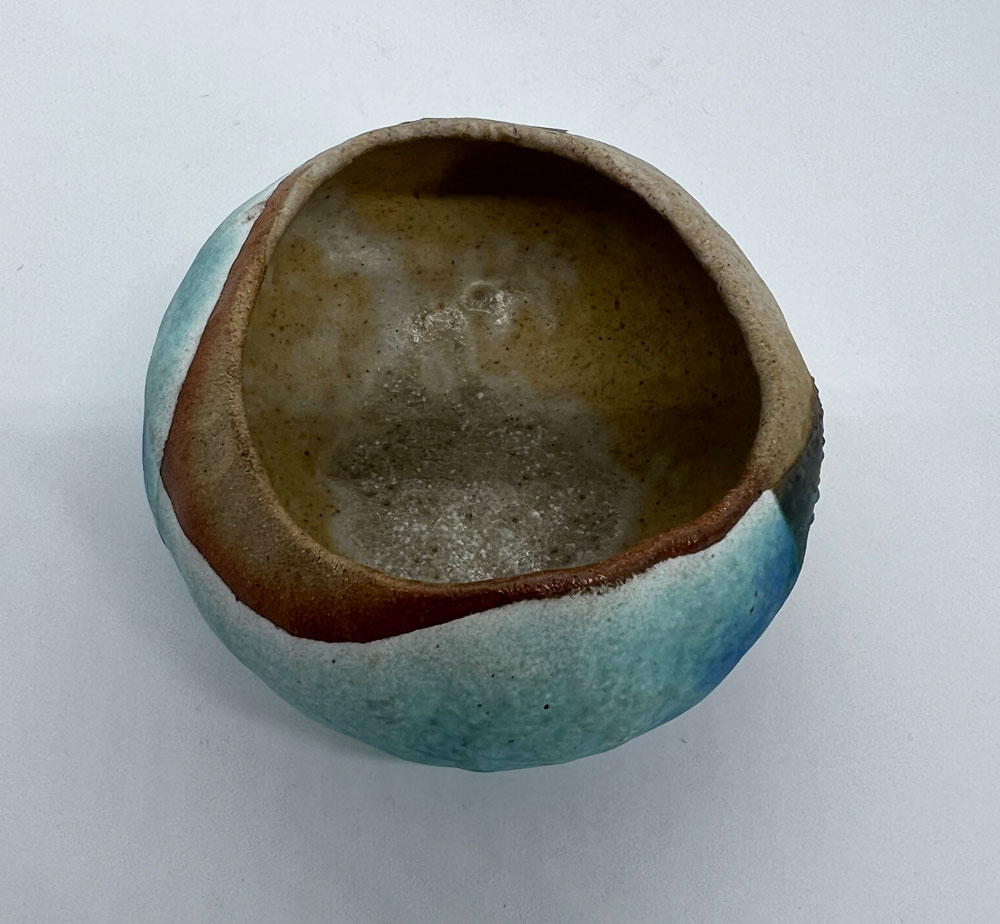 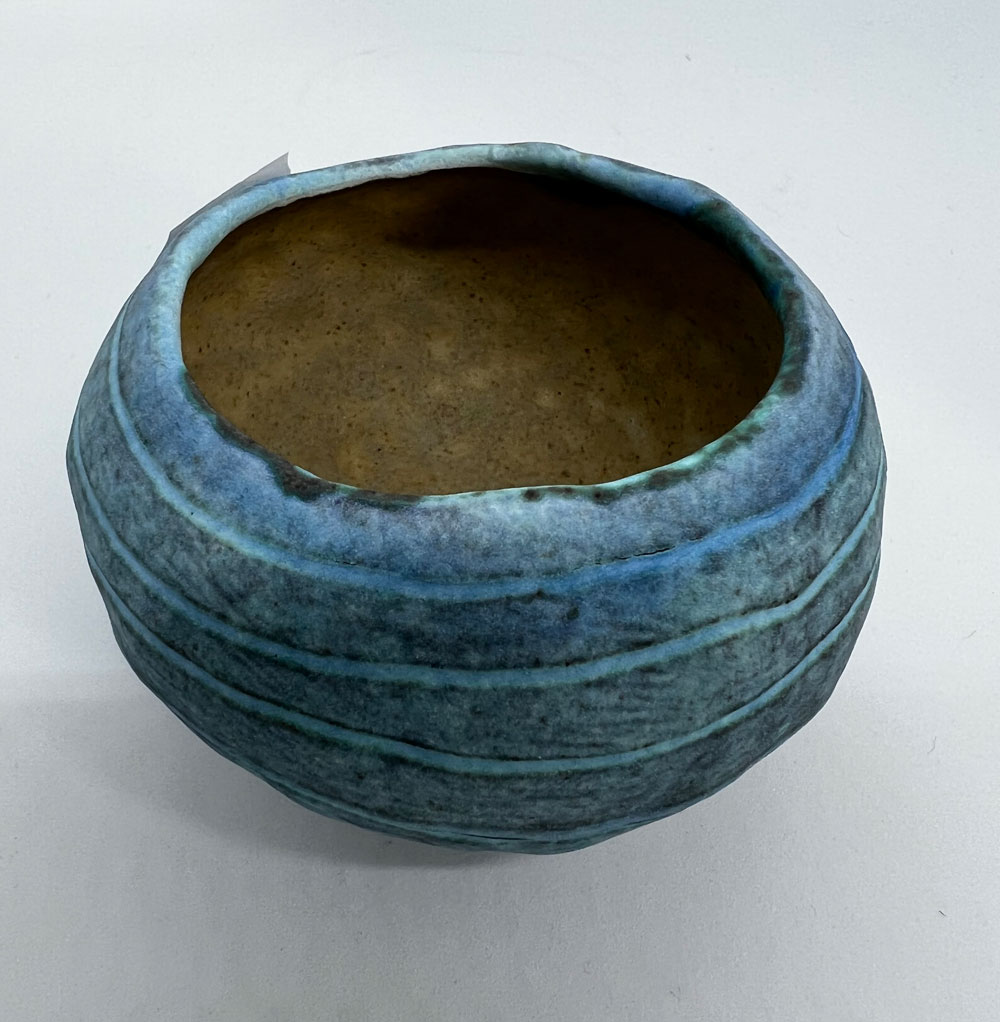 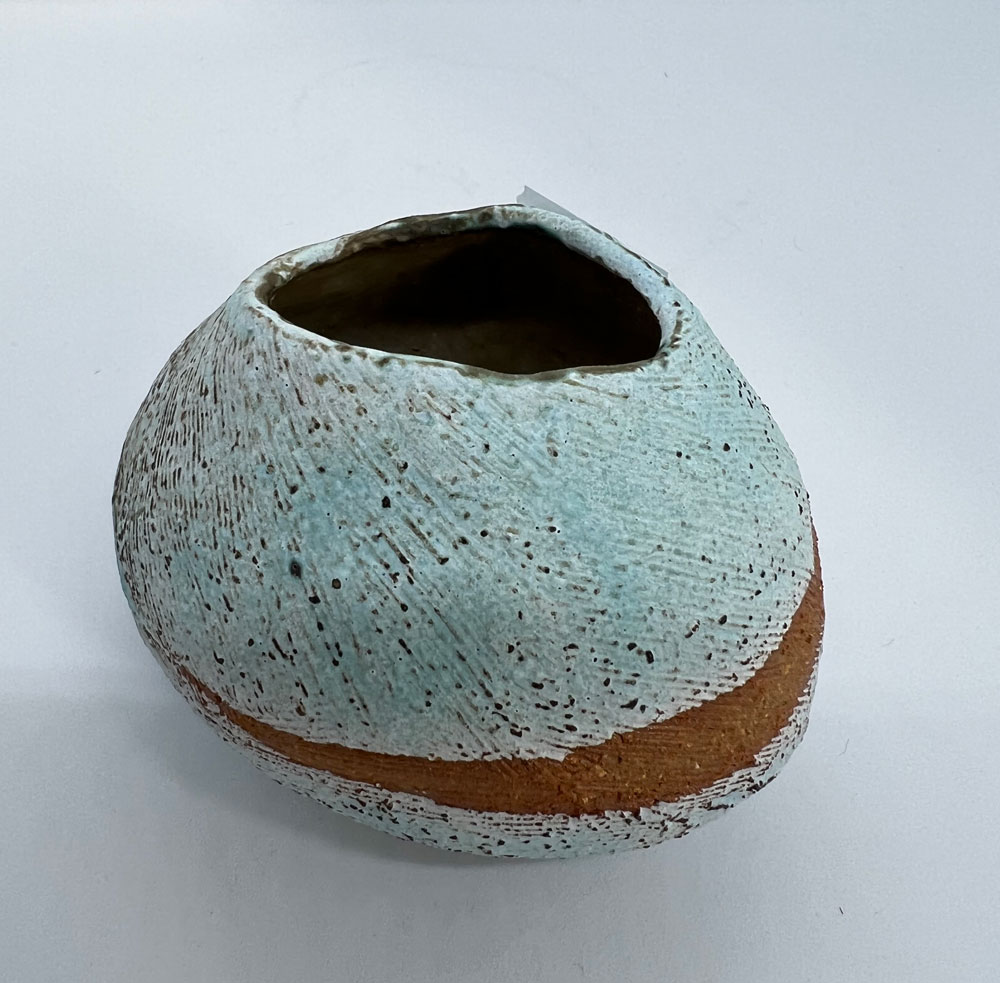 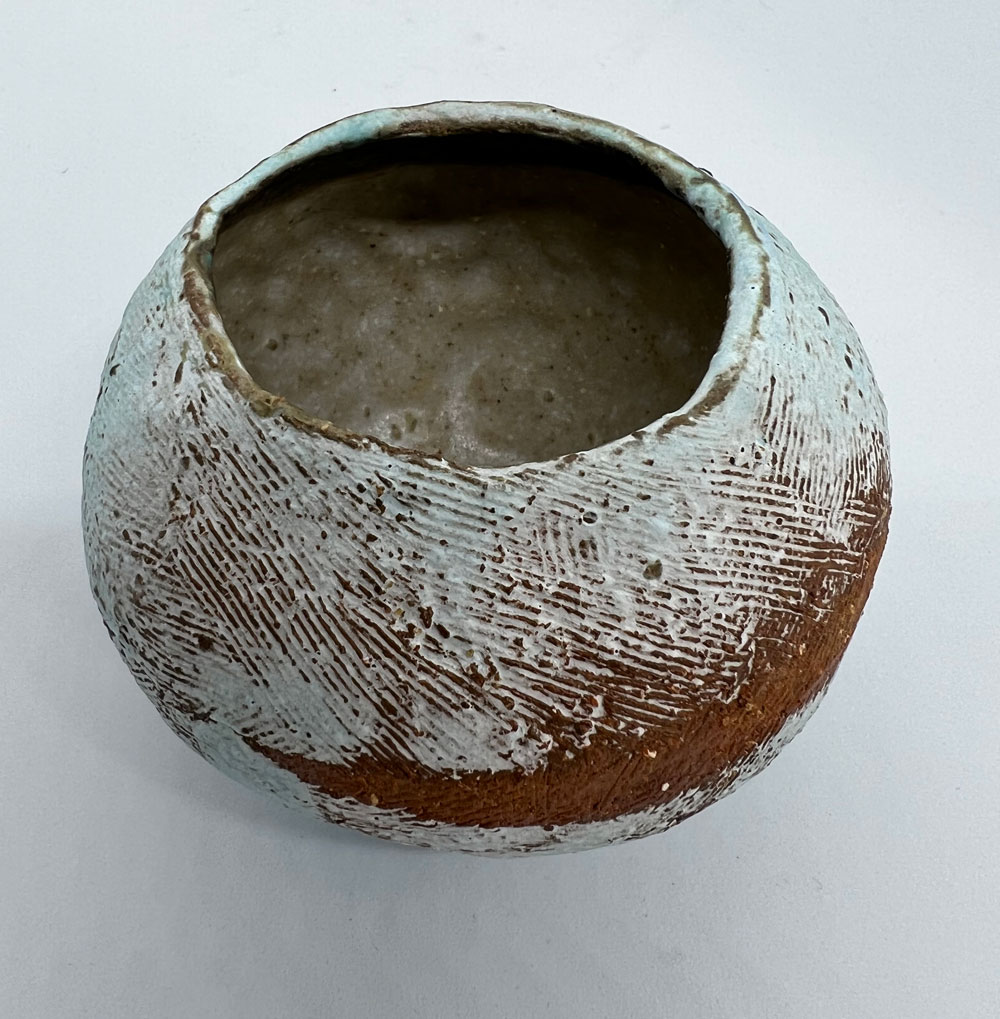 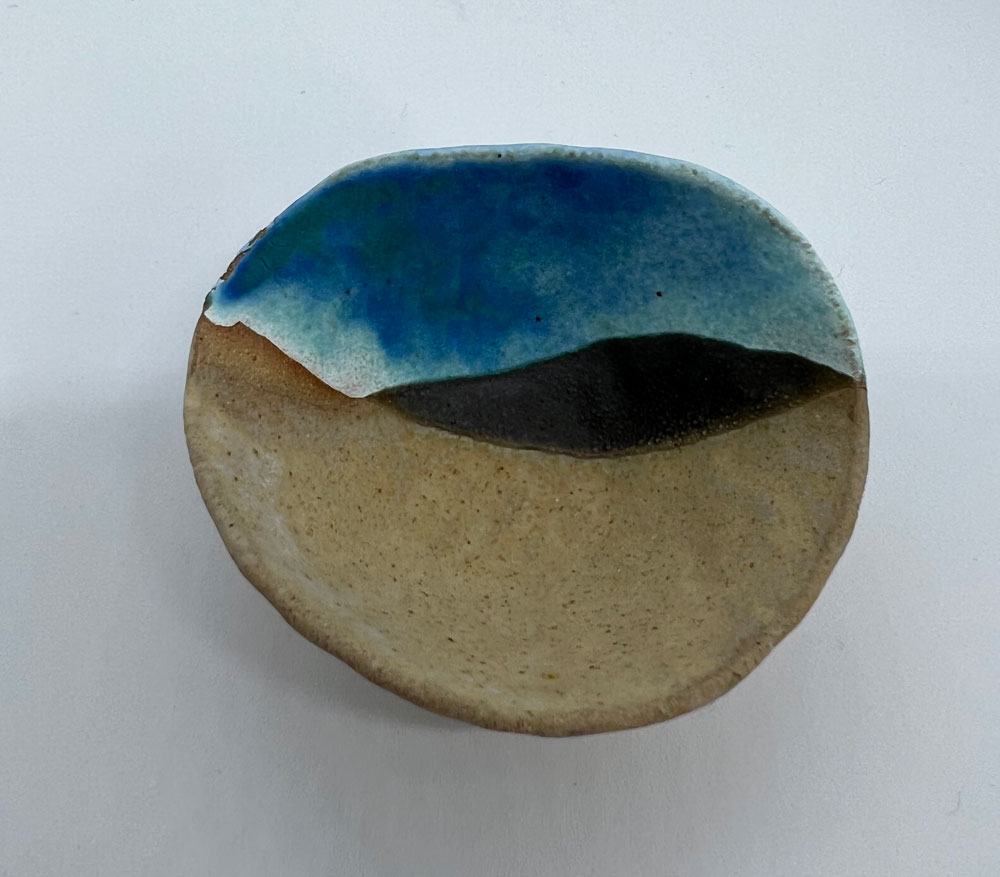 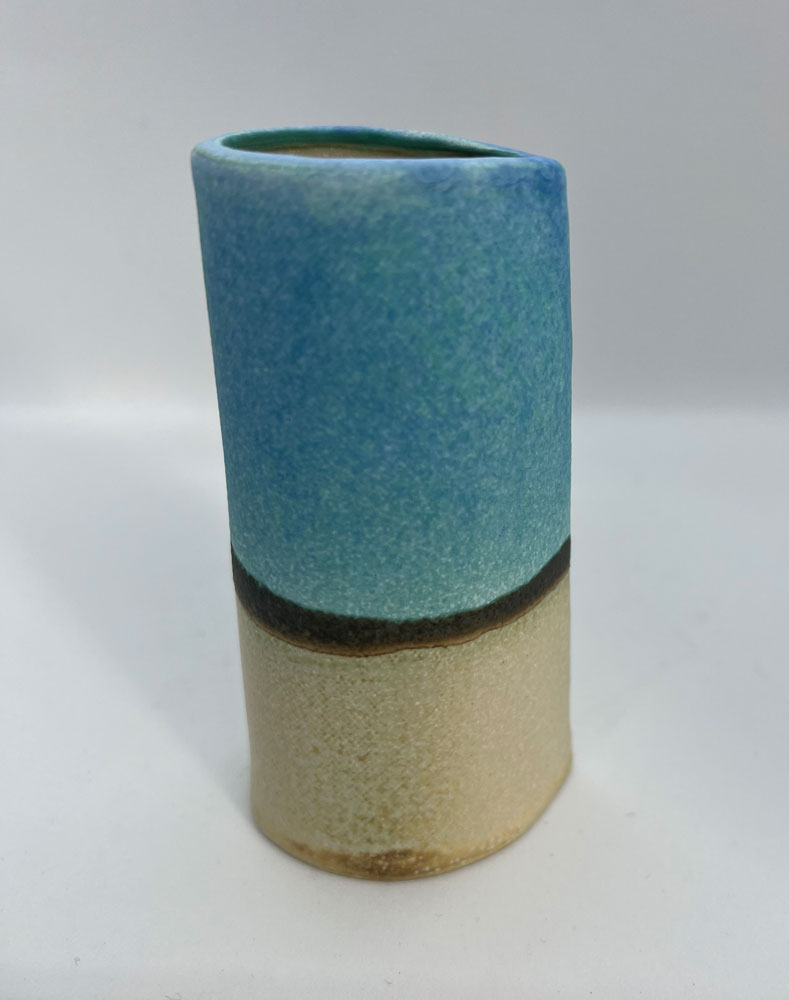 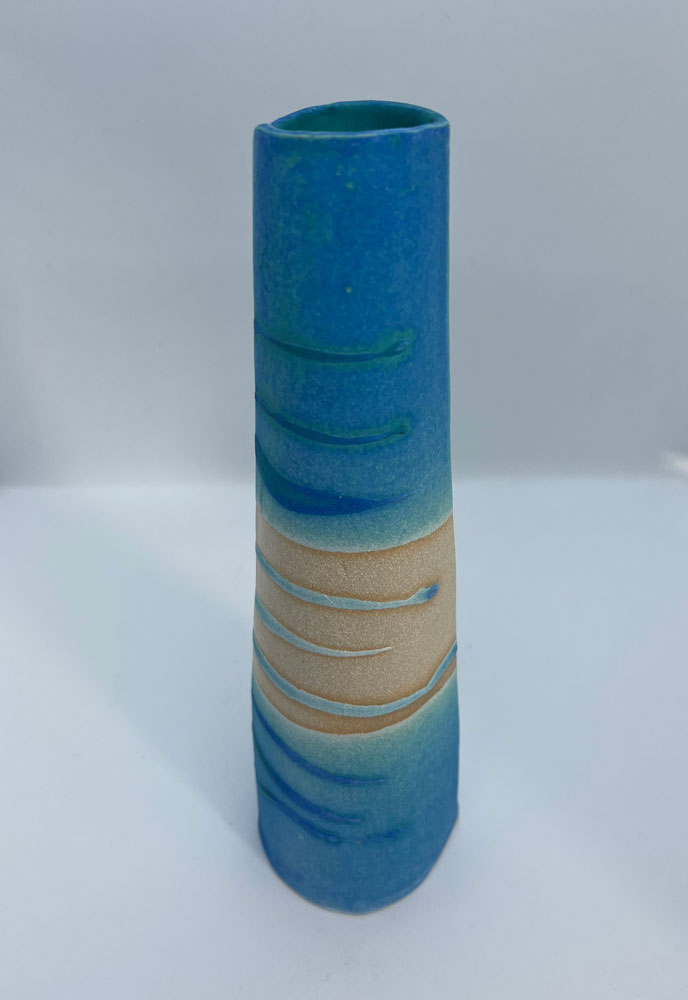 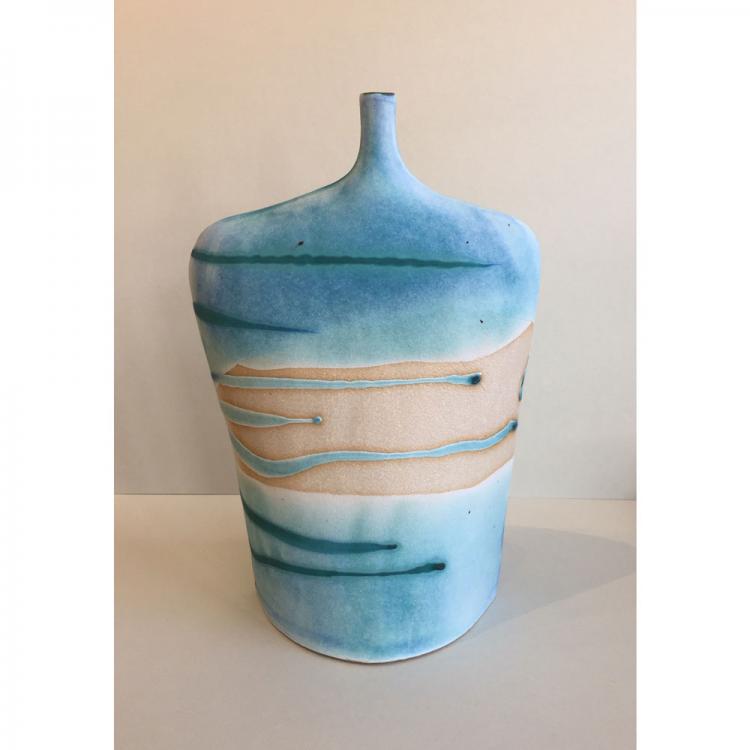 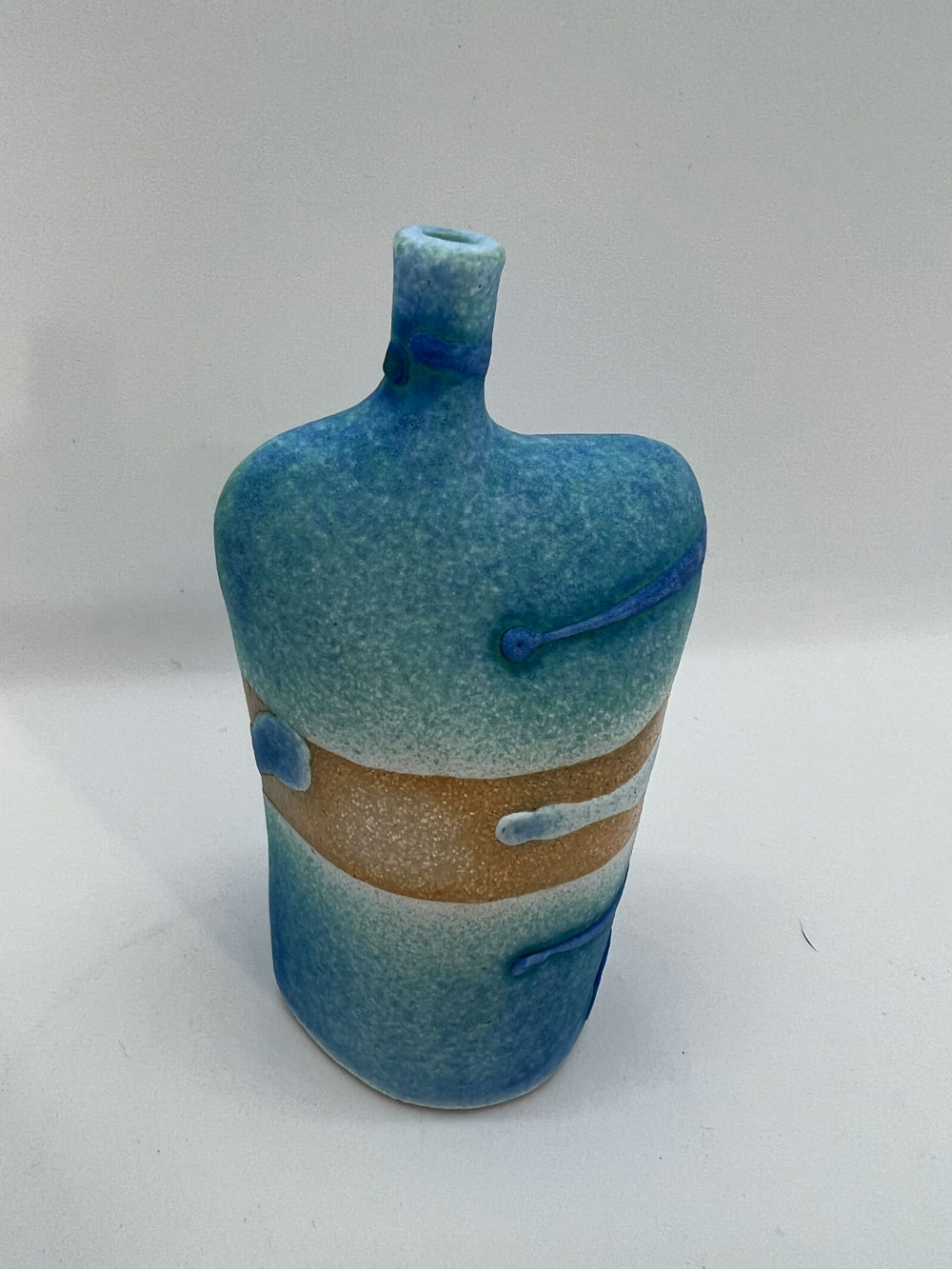 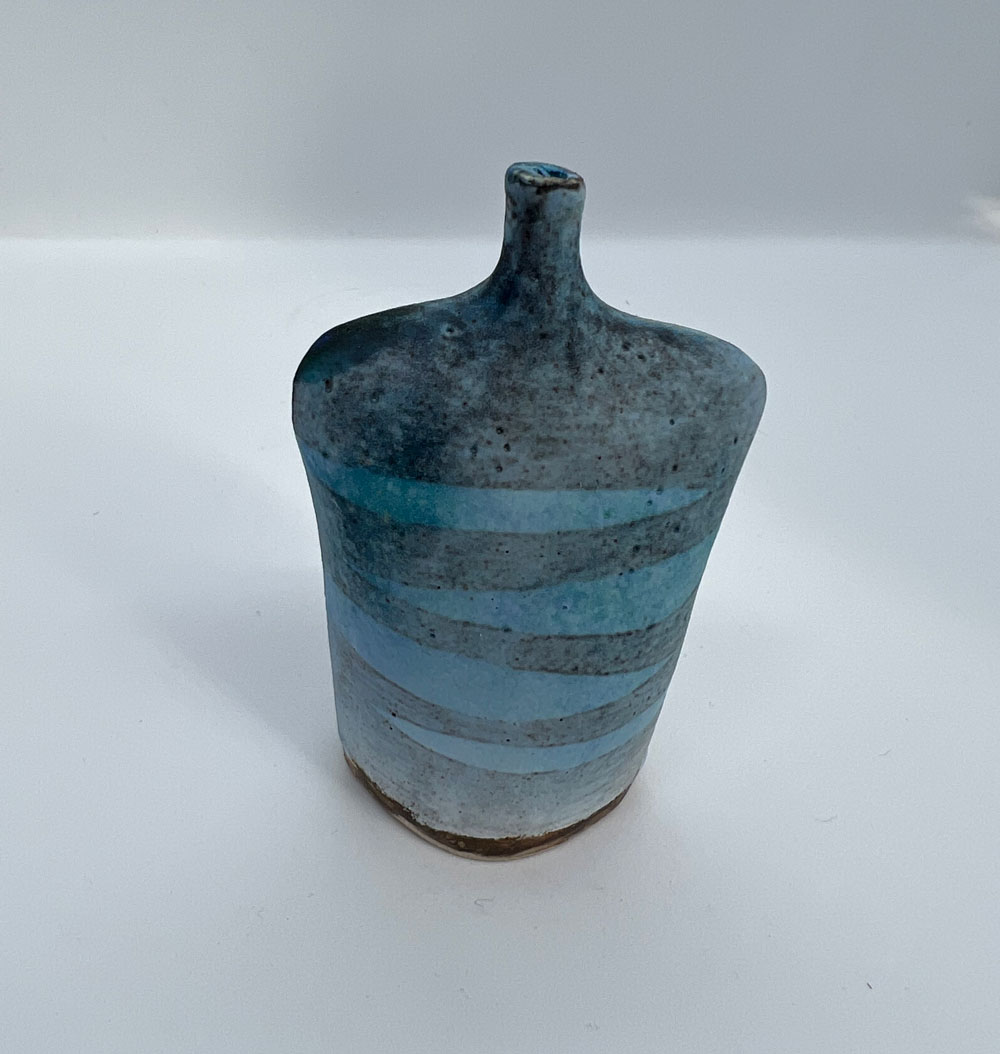 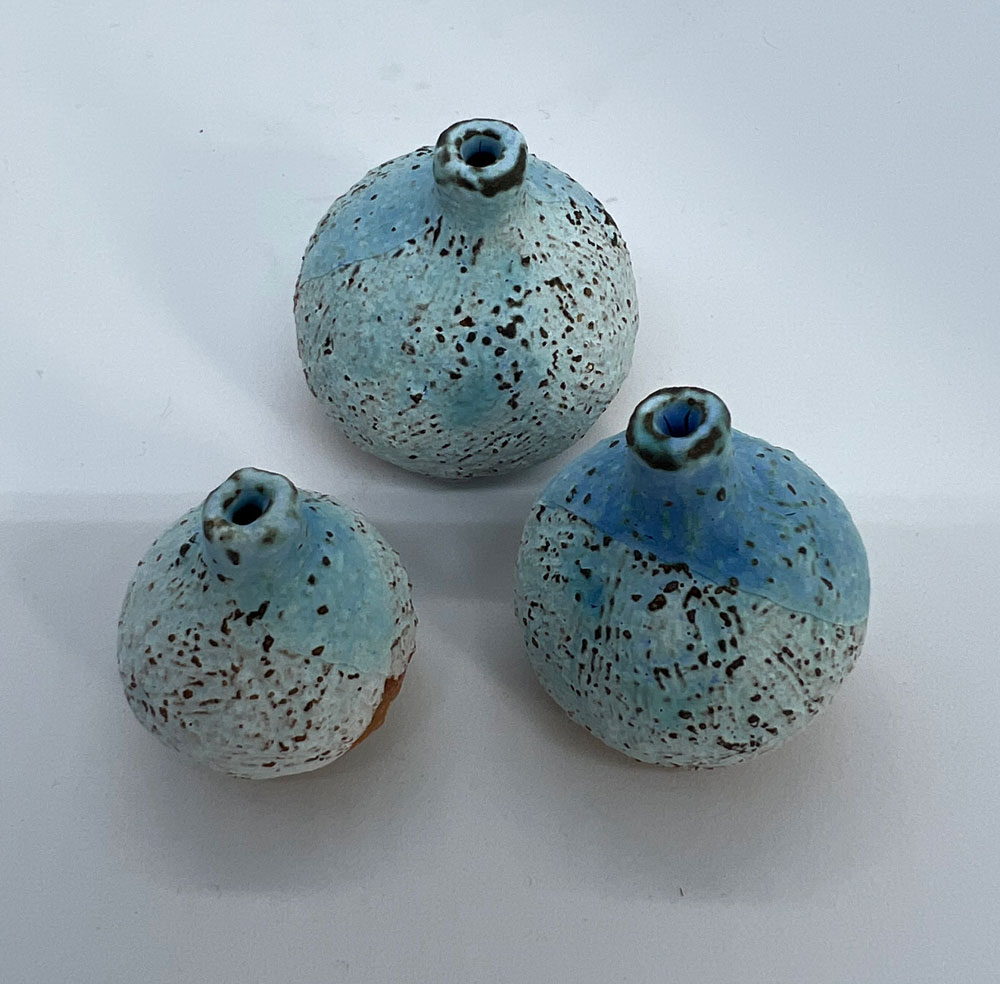 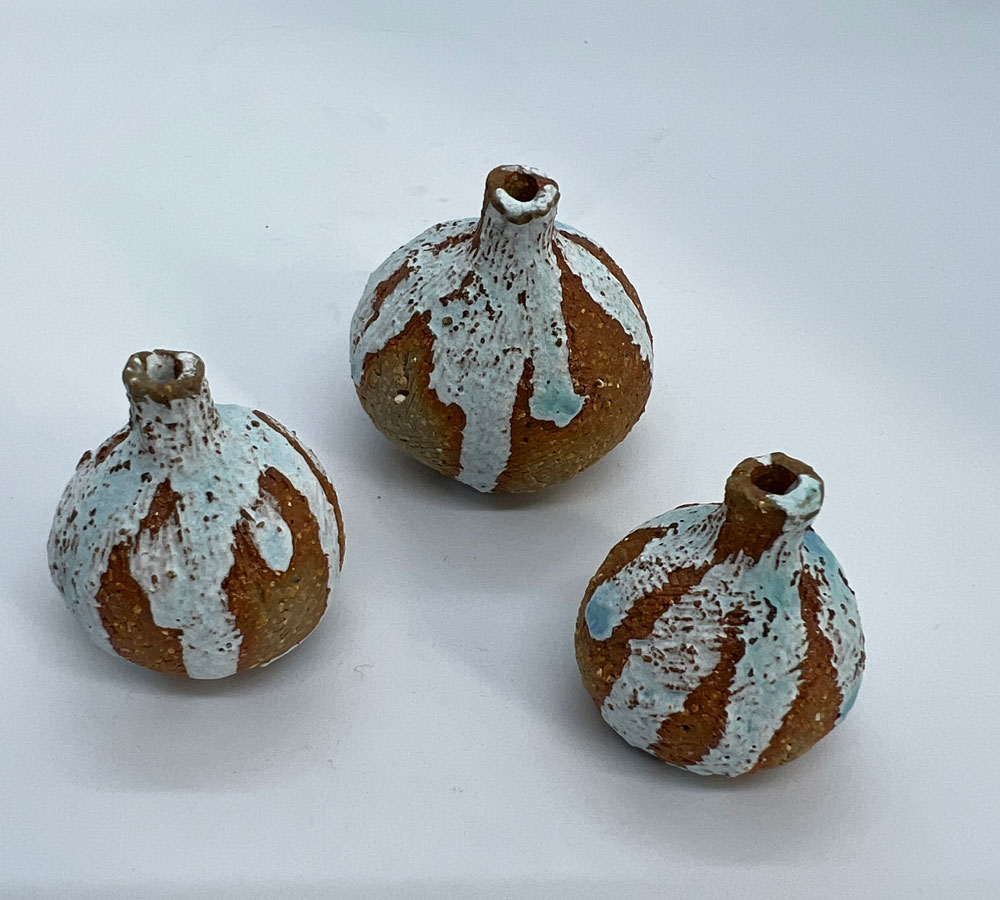 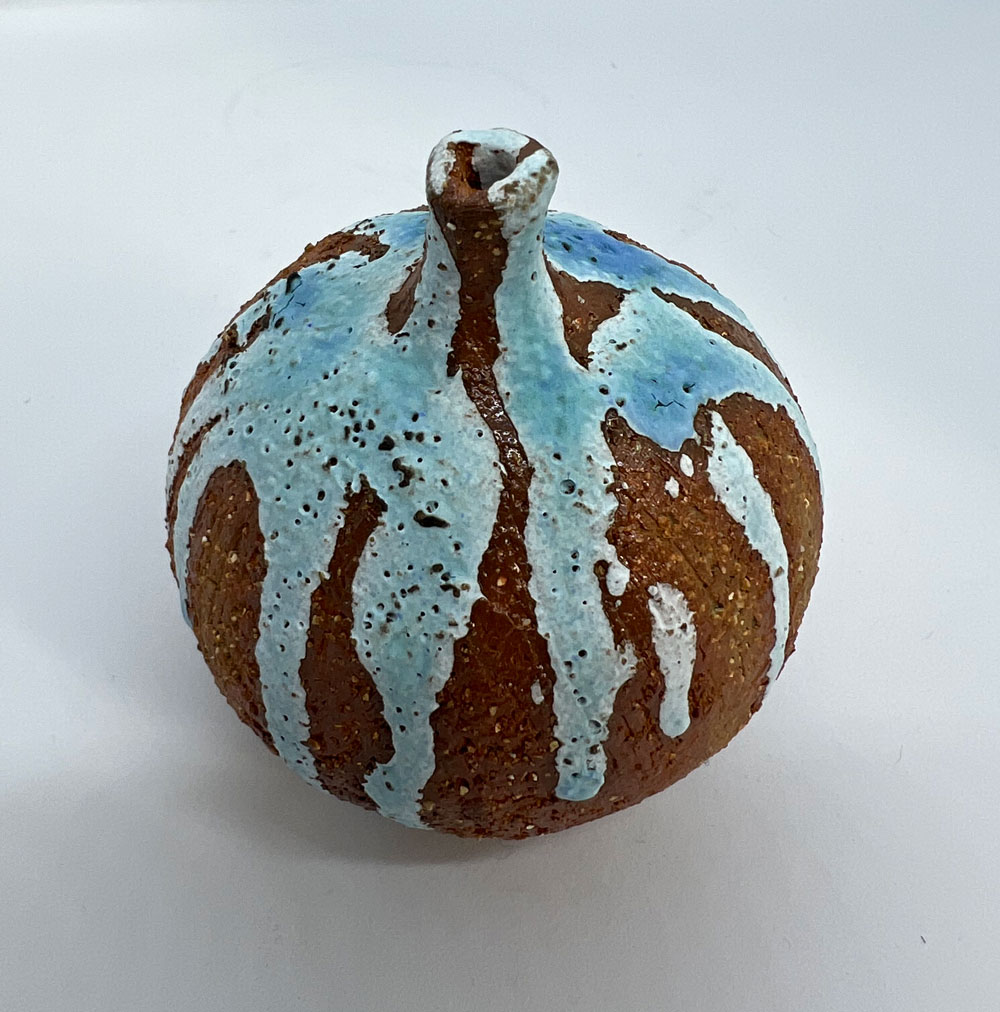 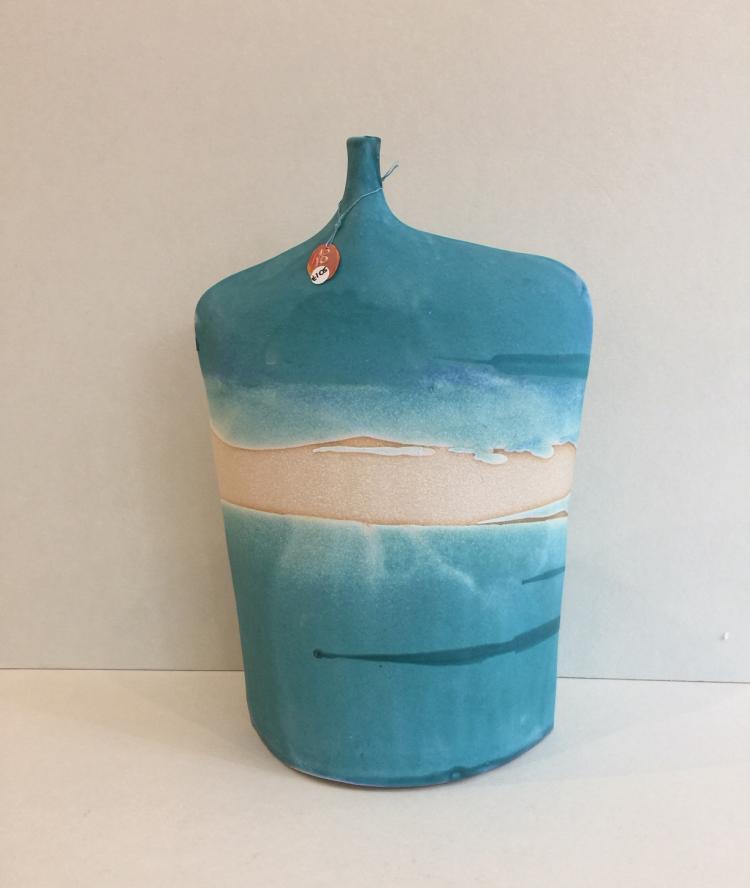