Kate has now moved locally to Lymington and is setting up her new studio. We hope to have more of her paintings later in the year.

Having lived for many years on the doorstep of the Solent, Kate is inspired by sailing and the sea. She captures boats riding the waves or becalmed on still waters, out at sea or in small river estuaries.

Kate Christie was born in Yorkshire in 1954 and took an Art Foundation course at Putney School of Art followed by a Degree in Fine Art at London Guildhall University. She graduated in July 2001 and now paints full time living in Cowes on the Isle of Wight. Her studio overlooks the Solent, so not surprisingly her paintings are a personal response to the ever changing moods of the sea and often portray the boats racing on her doorstep.Her style is distinctive and can border on the abstract. It captures the sensation of yachting rather than any representational likeness.
She has been featured in many successful exhibitions both in the UK and abroad. 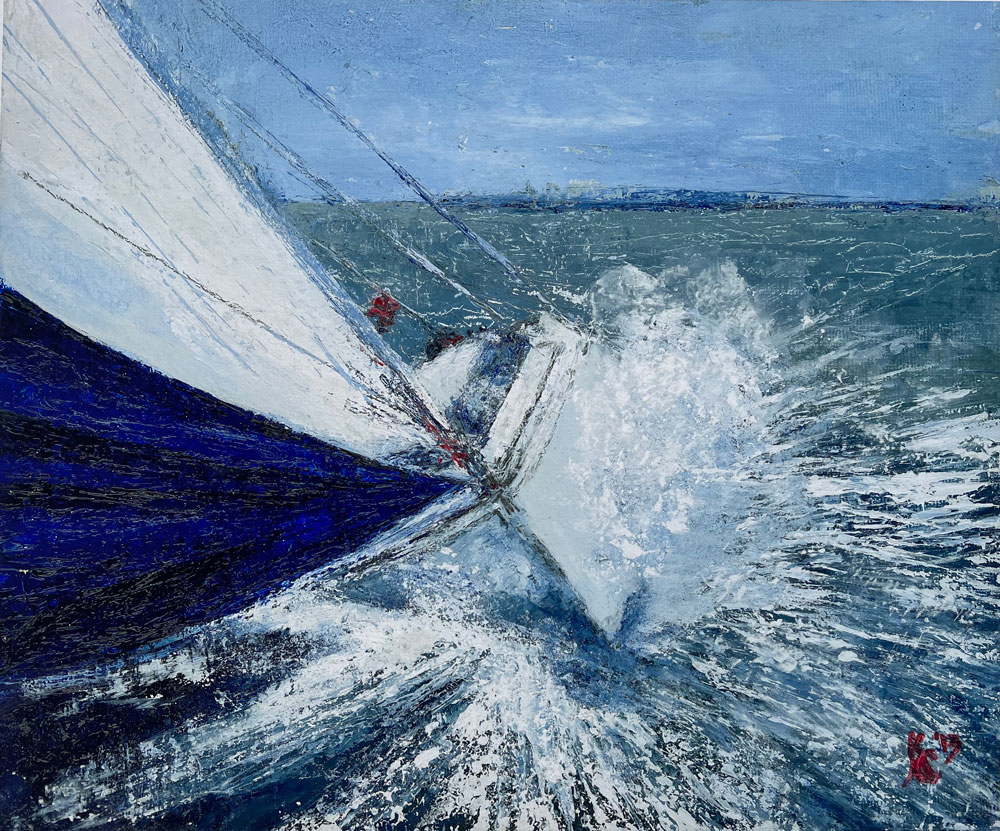